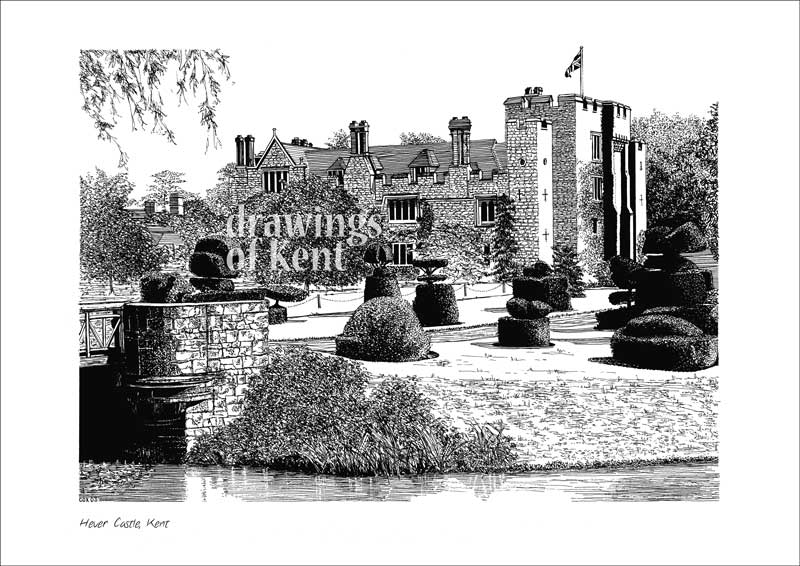 Built in the late 13th Century, it became famous in the early 1500’s as the childhood home of Anne Boleyn who was to be King Henry VIII’s second wife. In the way of things then, she was beheaded in 1536 for failing to produce a male heir to the throne. In 1540, Henry gave Hever to his fourth wife, Anne of Cleves, as part of a divorce settlement.

Centuries later, in 1903, an American financier, William Waldorf Astor bought Hever and spent 10 million dollars (a very tidy sum over a century ago!) restoring the castle, filling it with treasures, creating the extraordinary gardens and the lake. (It took 1500 labourers four years to divert a river to create that lake.) Astor also added the extraordinary Tudor Village with more than 100 rooms in cottages brilliantly integrated as part of the castle complex for expansive living, guests and his work force.