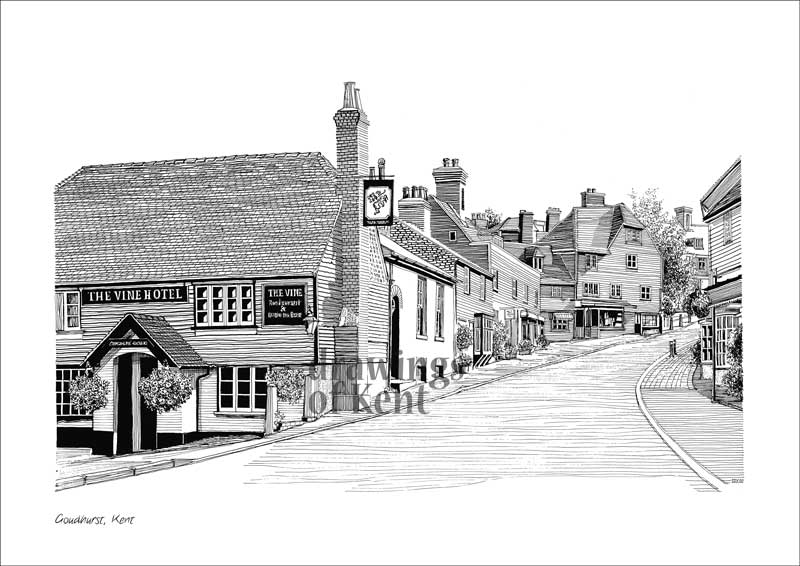 At over 400 ft above sea level, Goudhurst is one of the highest villages in the Weald of Kent with breathtaking views down over the stunning countryside and hamlets towards Royal Tunbridge Wells.

The earliest record of a name for the village (Guithhyrste) dates from 1095 and, over the next 200 years, it became well established as a farming community. In the 1300’s, Flemish weavers came to this region which was becoming famous for cloth production and the 16th century brought the all important iron foundries to the towns and villages of the area. Nearby at Bedgebury, Sir Alexander Colepepper’s forge built the massive cannons used against the Spanish Armada in the late 1500’s.