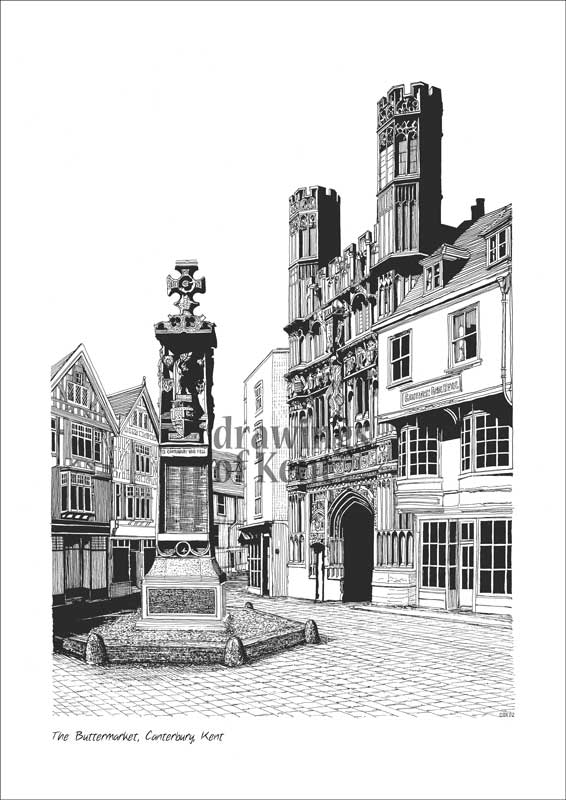 From whichever direction you approach Canterbury, the skyline is dominated by the cathedral. At 557ft high, it presides over the City. It is the mother church of the Anglican faith worldwide and has held pilgrimage status since 1170 when Thomas Beckett was martyred. And the most famous access into its precincts is via the dramatic Christchurch gateway shown here in this illustration of The Buttermarket.

In the 17th century this little square was deemed large enough to build a theatre. When that was removed, it became the site for a memorial to Christopher Marlowe (a famous local poet and dramatist of the Elizabethan era who was killed in a tavern brawl, aged just 29), and finally the City’s War Memorial.